Did you know that some of the menu options in Google Analytics share the same name? For example, there is a top-level option called 'Behavior'; there's also a completely separate option also called 'Behavior' found under 'Audience'. 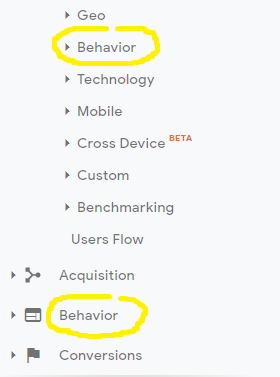 The reports under the top-level 'Behavior' cover what users do on your site: what content they view, what searches they carry out, and what events they complete. The 'Behavior' reports under 'Audience', by contrast, are focused on user characteristics such as how frequently they visit and how long they spend per session.

Having two different options with the same name does not offer the best user experience and I have seen it cause confusion in training sessions with occasional Google Analytics users. It feels like that the 'Behavior' option under 'Audience' should be renamed to something like 'Engagement' (though the existing option 'Engagement' would then have to be renamed too, perhaps to 'Duration & Page Depth').

Arguably even more confusing than 'Behavior', and more likely to catch out regular GA users, is 'Referrals'. Under 'Acquisition' > 'All Traffic', there is a report called 'Referrals'; close by, under 'Channels', one of the channels in the Default Channel Grouping has the very similar name of 'Referral'. 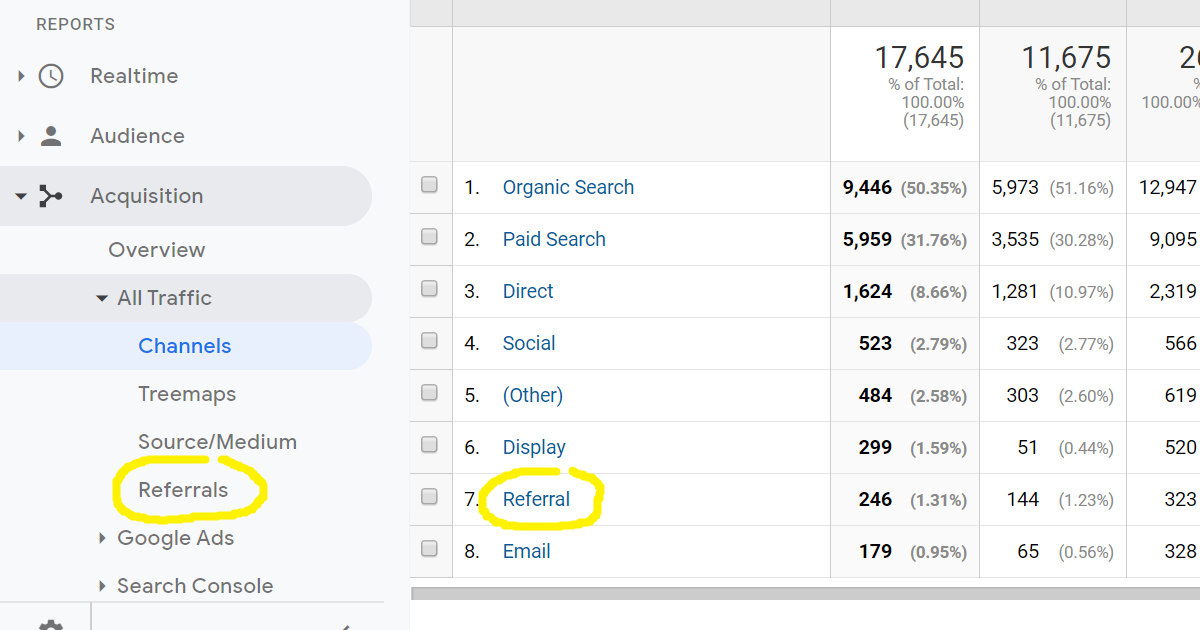 Or to look at it another way:

In this instance, it feels like the Referral channel needs to be renamed. Perhaps calling it 'Non-Social Referrals' would make things clearer? Fortunately Google Analytics does allow users to rename channels within the Default Channel Grouping: this can be done under 'Admin', 'Channel Settings' for a particular View.

If you want to make this change, I would suggest trying it out for a while on a test View before making any changes to a View that is valuable to you!