Recently I was working with a data source in Google Data Studio that needed a bit of tidying up. It was actually Google Analytics data, and the Event Action contained the html entities &amp; and &#039; which needed to be replaced with the & and ' characters respectively.

I knew how to replace either one of those values using a calculated field: 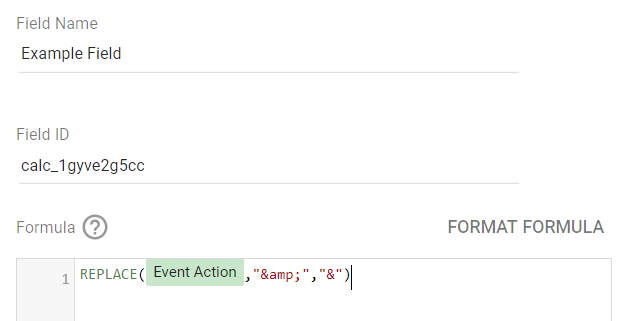 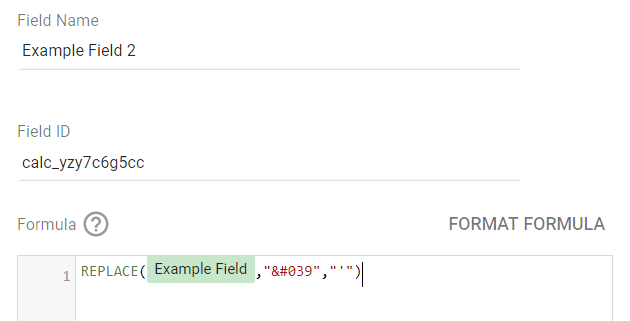 That works fine for two replaces, but what if I needed to make 20? Or 50? The more replaces I need, the less feasible it becomes to create and maintain a calculated field for each step.

The good news is that it is possible to nest REPLACE functions (and other functions) in Google Data Studio. So instead of the two-step process above, I could just use the following formula: 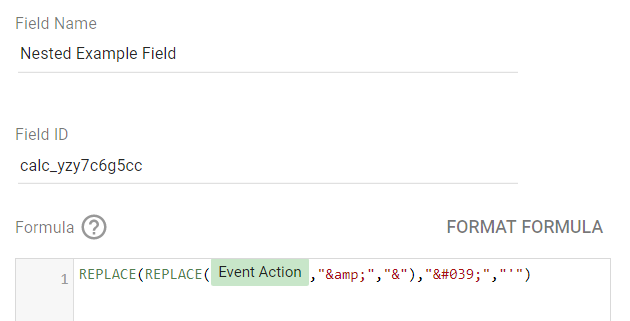 So you can see that within the one formula, the output of the &amp; REPLACE then becomes the input for the &#039; REPLACE.

This seems pretty straightforward, but I couldn't find it documented anywhere on Data Studio Help so I thought I would share.

Brilliant! Thanks James, you saved my day 🙂

Brilliant!
I used it to nest 6 levels and it works flawlessly.
Thanks James, you saved my day 🙂
Gonzo

Best Tip ever 🙂
Didn't get it in a rush. Your formula makes so much sense!
Alex

This is unreal, thank you so much!

Perfect, thanks a lot!

Is it possible to nest these two expressions together? I would like to remove all the hypens then capitalize the first letter of each word.

Hi Siobhan - yes, it's possible. If you want to remove the hyphens first, you should replace both the instances of 'Campaign' in the second expression with the first expression. This gives you something like:

It might be easier to nest the other expressions the other way round, as you would only need to make one change rather than two. This would be something like:

James, thank you! You're awesome!

Does anyone have any idea how I could do this?

I get this error

Also, while I'm on it. Can anyone help me with ability of renaming Page titles?

Right now I've edited the data source and added 25 replace items in a caluclated, but that seems to be the limit.

Hi! I'm James Clark and this is my website. I publish all my guides completely free, so if you find them useful then please:
Copyright © James Clark
wpDiscuz
10
0
What do you think? Leave a commentx