When is a save not a save? When you are renaming line items in Google Ad Manager (formerly called Doubleclick for Publishers or DFP).

Regular users of this software may know it is possible to rename a line item directly from the 'Order Overview' screen: just click on the title of the line item, rename it, and hit 'SAVE'.

You might think that your change is saved, but no! Another SAVE button then appears at the bottom of the screen: 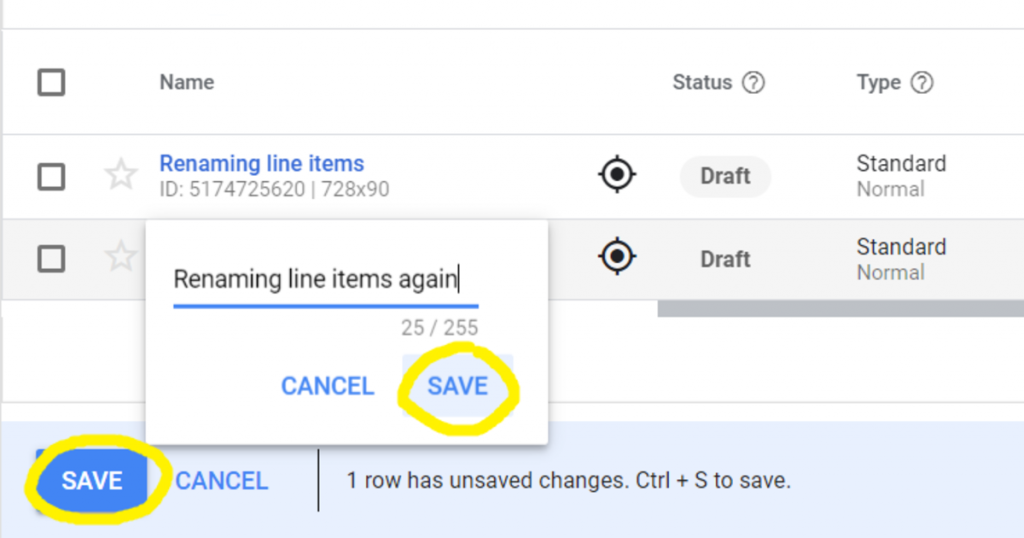 Only when you click this (or use the key command Ctr + S) is your change truly saved. If you click out of the Order Overview screen instead, for example into the main menu, your change will be lost. And because the second 'SAVE' isn't present from the beginning, that's easy to do.

Oddly, this quirk seems to have been introduced in the so-called 'new trafficking experience' which Google is gradually rolling out. The old layout has a similar workflow but no 'Save' button on the first step: you just had to click away from the title you had changed, for example on the title of another line item. That wasn't intuitive.

If I were Google, I would look at changing the wording of the first 'SAVE' to something like 'OK'. This lets the user confirm that they are happy with their change without giving them the false impression that it has been saved (though they still might assume that if they were familiar with auto-saving products such as Google's own Sheets).