Many publishers and other content producers auto-post a lot of news articles to Facebook. Often it seems as if readers leave a comment based on the headline of a story without having clicked through to read the actual article on the publisher's website.

One way to discourage this could be to append each post with a short message saying 'Click below to read full story 👇' (complete with emoji). As in this mockup:

How can this be achieved using my social media automation tool of choice, Dlvr.it?

Dlvr.it publishes items from an 'Input' (eg an RSS feed) to one or more 'Socials' (eg a Facebook page) on a chosen schedule. Each of these little setups is called a 'Route', and your account might have one, two or hundreds of Routes running.

Slightly confusingly, there are three groups of settings for each Route: settings for the Input, the Social/s, and finally the Route itself. Let's start with the Social settings (click on the cog icon alongside your connected Social).

Under Post Options, you will find Begin Posts With and End Posts With fields: 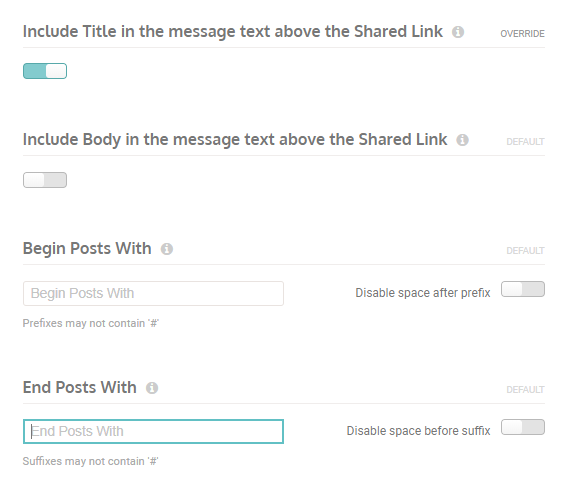 You can see that I have already chosen to 'Include Title in the message text above the Shared Link'. Surely I can paste my message, 'Click below to read full story 👇', directly in the 'End Posts With' field to append it to the title?

Well, yes and no. The field does accept emojis (and these will appear as expected on the auto-post). However - and this is a big drawback - it has a 20-character limit. You will not be able to save your changes if the value you have added to the field is more than 20 characters long. And my message, 'Click below to read full story 👇', is a whopping 32 characters long (or 34 if I want it to begin with a full stop and then a space).

Fortunately you don't have to limit yourself to a tiny message. Let's head next to the Feed settings (click on the cog icon alongside your added feed).

Under Item Text, you will find Prefix and Suffix fields. These perform the same function as 'Begin Posts With' and 'End Posts With', except applied to content being posted from a particular Feed rather than content to a particular Social. They also have a 20-character limit! 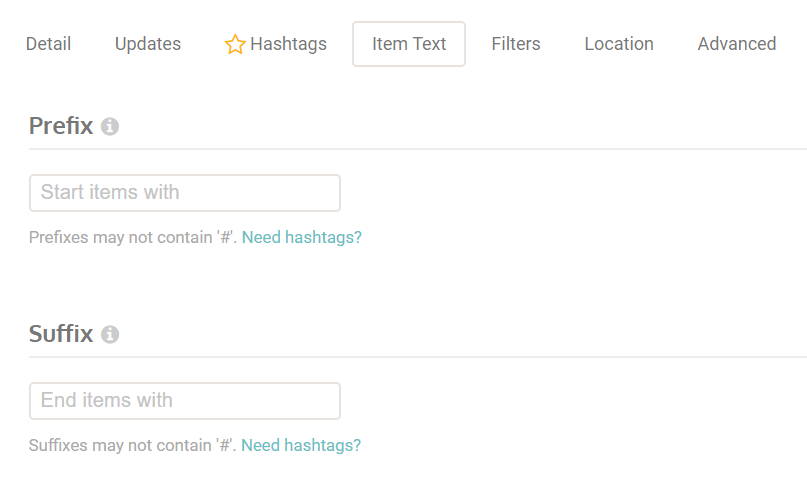 So you want your settings to be something like this:

Just one final 'gotcha'. On both fields there is the option to 'Disable space before suffix'. Using the settings above, you want to turn the setting on for 'Feed Suffix' but leave it turned off for 'End Posts With'. This will automatically add a space between the two messages and give you one extra character! So to update that table:

It is satisfying to set this up, but does leave me with a few questions. Why does Dlvr.it have a 20-character limit on all these fields? Why is one field called 'Suffix' but another called 'End Posts With' when it performs a similar function?

And one more question: does adding this sort of message to your Facebook posts actually increase clickthroughs? I have an answer to that, but it's a topic for another day...