Be careful renaming elements in Oxygen site builder for WordPress

This WordPress site is built using a visual website builder called Oxygen 2. It's great, but sometimes a case of trial and error. Here's one 'error' you can easily avoid.

Oxygen sites are built from templates that consist of a number of elements - divs, columns, that sort of thing. By default each element you add to a template is given a number rather than a memorable name: 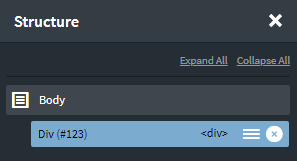 The temptation is to click on the little menu and rename that sucker: 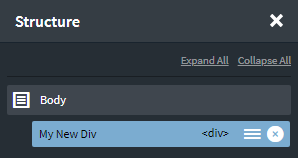 But when you do that, the number disappears. And that number isn't just used in the Oxygen template editor, it also forms part of the HTML ID attribute of the element: for example div#div_block-123-42 (here, 123 is the element ID and 42 is the template ID).

It's really useful to be able to see those IDs in Oxygen. That way, if you are inspecting your site in Chrome Developer Tools (for example), you can easily correlate elements there with elements in the Oxygen template editor.

The solution is simple: rename the elements, but include the ID as part of the name you give it. 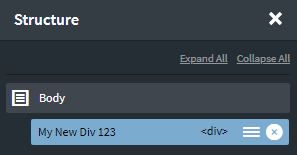